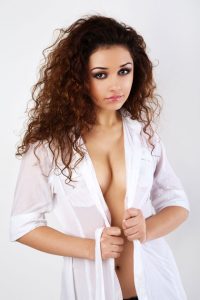 If you want to hit up the weed scene in Las Vegas, you’re going to need to know where to go. Since announcing the legalization of weed in Sin City there have been dozens of dispensaries popping up around town. Of course, not all are created equal, so we’ve got a few recommendations for you. We’ve also got a few tips, tricks and suggestions as well.

The Strip Vs. Outside

Here’s the thing about shopping around for weed. Marijuana tourism is big in Las Vegas, and as The Strip is the center point to all tourist destinations in the city, it also has a number of locations to purchase pot. You’ll find some incredible locations and some fantastic setups. However, here’s the thing. You’re probably going to pay more for it. The rent is higher along the strip, so pot needs to cost more in order to cover it. Plus, in general, tourists are always going to pay more for just about everything. That’s how it is anywhere and everywhere. If you visit New York City, for example, you’re going to go to some restaurant in Time Square. Most locals would never do that. They know where the better spots are for less. So keep that in mind. You’ll basically be paying more for convenience, should you opt to buy weed on the strip.

Also, always bring cash. Most, and we can’t stress this enough, spots are not able to accept any other form of payment. This isn’t to be a pain in the butt or anything like that. It’s because dispensaries are seen as high risk companies to work with, so most banks will not accept these payments. There will be an ATM either inside or nearby (funny how banks won’t work with the locations, but are all about setting up ATMs in and around them). The problem with these ATMs is the fees tacked on will be high. You ever take cash out of an ATM at a strip club? Yeah, you pay a boat load in fees. So stop by a bank ATM and take your cash out here.

This is a spot that opens at 10 on most days. It’s also one of the highest rated locations in the entire city (and one of the most reviewed joints as well). When it comes to weed guides in the city, you’ll almost always see this spot, and there is almost some sort of special deal going on every day.

If you need your Nevada cannabis fix a bit earlier, this is one of the earliest to rise locations with its 9am opening time. It is also one of the “older” spots as it opened up right when the local laws went into affect. When you want to anser the question of “Where can I buy weed in Las Vegas,” this is for sure one of the best answers.

There are a handful of these locations around town, although this particular location is probably our favorite. It’s also one of the few spots that are open 24 hours a day. So, if you’re in the mood and just don’t where to go at an odd time of day, this is the spot for you.

This is probably the highest rated dispensary in the entire city (at least if you look it up on Google). It does open a bit later at 10am, but if you’re in the area, you’ll discover that it really is one of the top spots to purchase your weed. So feel free to stop by and see what all they have to offer you.

The next time you’re in town, make sure to his up a few of these different spots. You may find you like the selection of one over the other. Some of the spots are connected directly with specific growers, which means the kind of marijuana strain you find at one isn’t always going to be at another. It might take a bit of experimentation before you really connect with that one great spot to your liking. Whatever you do though and whomever you do it with, you’ll want to check out these great dispensary Las Vegas destinations with your very own escort (or two). So give us a call ahead of time. Maybe one of our girls will have some suggestions of her own for where to go.